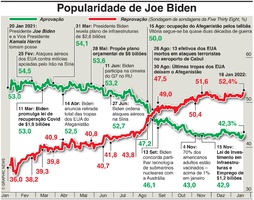 Voters will have to choose between the progressive former student leader Gabriel Boric, 35, and the far-right candidate, José Antonio Kast, 55.

Boric, who shot to prominence during Chile’s 2011 education protests, has promised to “bury” Chile’s “neoliberal” past of market-oriented policies imposed under the dictator Gen Augusto Pinochet, and pledges to build a fairer country
marked by inclusivity, diversity and liberal social values.

Kast is an ultra-conservative who defends free markets and traditional values. A father of nine, he is staunch Catholic who speaks out against immigration, same-sex marriage and abortion. He has earned support among those who believe Chile needs a firm hand after the recent turbulent period.