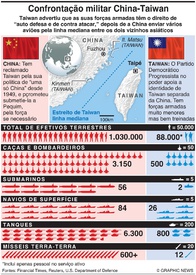 The two former Soviet republics have long been in conflict over Azerbaijan’s breakaway, mainly ethnic Armenian region of Nagorno-Karabakh, although the latest clashes occurred around the Tavush region in northeast Armenia, some 300km from the mountainous enclave, Reuters said.

The Organisation for Security and Cooperation in Europe (OSCE), a security watchdog that has tried to help find a solution to the conflict, urged the two countries to speak to each other to prevent any further escalation.

The U.S. State Department condemned the violence, urged the two sides to stop using force immediately, and said it would “remain actively engaged in efforts” to achieve a peaceful settlement.

Nagorno-Karabakh, a mountainous part of Azerbaijan, is run by ethnic Armenians, who declared independence during a conflict that broke out as the Soviet Union crumbled in 1991.

Though a ceasefire was agreed in 1994, Azerbaijan and Armenia continue to accuse each other of shooting attacks around Nagorno-Karabakh and along the separate Azeri-Armenian frontier.

The frozen Nagorno-Karabakh conflict has concerned the international community in part because of its threat to stability in a region that serves as a corridor for pipelines taking oil and gas to world markets.