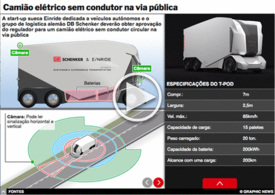 Work on the Danish side is expected to start on January 1, 2021, and the finished tunnel is forecast to open in mid-2029, the country’s transport ministry said.

The tunnel will link northern Germany to the Danish island of Lolland, which are separated by the Fehmarn Belt – a strait in the western part of the Baltic Sea.

Construction was postponed by six months because of the Covid-19 pandemic.

The €7 billion project will feature an electrified double-track railway and a four-lane motorway. It will allow trains and cars to cross the strait in just seven and ten minutes respectively. At the moment, a ferry takes about an hour to make the crossing.

The Fehmarn Belt Fixed Link will be the longest tunnel of its kind in the world.

Construction on the German side is not expected to start until mid-2022.