Graphic concentrates on some of the new features of the iPhone 14.
GN43194NL
EN NL AR DE ES PT 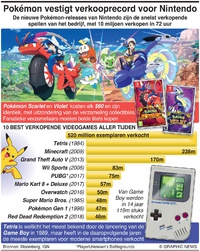 As well as the new iPhone, the tech giant also presented a rugged Apple Watch Ultra, designed for adventure athletes such as mountaineers and scuba divers.