May 11, 2021 - After 75,600km and 39 dives, the Five Deeps Expedition has completed the first manned descent to the bottom of the world’s five oceans. 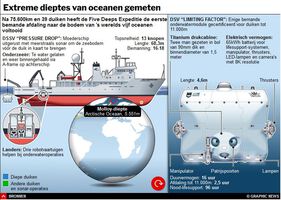