The government outlined a three-stage approach to ending lockdown, beginning Wednesday with a relaxing of limits on outdoor activity. People in England may take unlimited amounts of exercise, rather than just one trip out a day, and may sit and sunbathe outdoors. Driving to a park or beach will be permitted, and golf courses and tennis courts can reopen.

If there is no new spike in infections, that will be followed in June by a return to class for some young school pupils, the reopening of nonessential shops and the return of televised sports, played behind closed doors. A third stage, pencilled in for July at the soonest, would see the gradual reopening of restaurants, cafes, pubs, hairdressers and other businesses.

Johnson told lawmakers that “if the alert level begins to rise we will have no hesitation in putting on the brakes.”

Johnson, who was hospitalised last month with a serious bout of Covid-19, also said that within weeks the UK would impose a 14-day quarantine on people arriving by air. Travellers from Ireland and France will be exempt.

While many people welcomed the prospect of an end to lockdown, there was confusion about the measures, which were announced by Johnson in a televised statement Sunday, almost 24 hours before the details were published.

The reopening plan has put Johnson’s UK government at odds with semi-autonomous authorities in Scotland, Wales and Northern Ireland, who urged caution and said they would not automatically adopt the measures Johnson has announced for England. 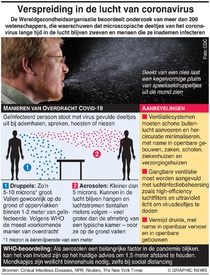