Those four were among the nine films nominated for best picture. The others were: “Parasite”, “Little Women”, “Marriage Story”, “Jojo Rabbit” and “Ford v Ferrari.” 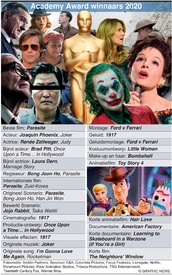