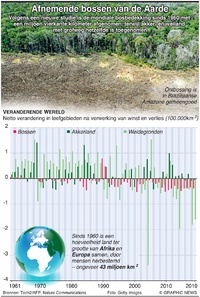 Fuel costs are shipowners’ single most significant expense and shipping accounts for 90 per cent of world trade. The shift to cleaner fuel is expected to add US$13-$15 billion a year to the industry’s fuel bill -- costs which the industry will pass along to its customers.

The average price of bunker fuel has risen steadily this year, climbing by 32 per cent since April, from $370 to $490 per tonne in mid-October. IMO-compliant fuel is expected to add $150-$200 per tonne.

How carriers recoup the rising cost of fuel will be crucial to their profitability. Carriers have little option but to pass it on to shippers as a “Bunker Adjustment Factor” (BAF).

From 2020, Danish shipping giant A.P. Moller Maersk will be paying an extra $2 billion a year for low-sulphur fuel, hiking its annual fuel bill to around $5.4 billion. Maersk, the world’s largest carrier, estimates its BAF will add between $45 to $1,025 to the cost per twenty-foot equivalent unit (TEU) shipping container. Hapag-Lloyd, the world’s fifth largest container carrier, estimates increased costs of $115 to $333 per TEU.

Shipowners have limited ways to comply with the rule change. They can buy IMO-compliant fuels, or they can install expensive sulphur-reducing scrubbers. A third option is to slow down -- container vessels can cut fuel consumption by as much as 37 per cent by slowing by 1.5 knots (2.8km/h).