Austria has threatened measures to protect its borders if the plan goes ahead -- a sign that the deal could affect the EU’s Schengen passport-free travel zone.

On Monday, the European Commission announced an additional €45.6 million in emergency assistance to support Spain and Greece in their response to the migratory challenges they face.

Spain will receive €25.6 million to improve the reception capacity for arrivals at its southern coast and in Ceuta and Melilla. A further €20 million will be awarded to the United Nations High Commissioner for Refugees (UNHCR) to improve reception conditions in Greece, notably on the island of Lesvos. 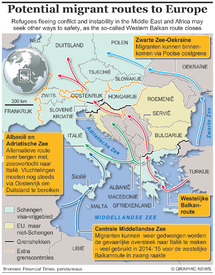