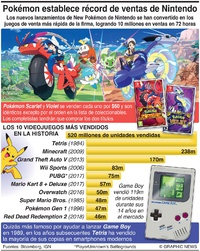 Apple is rumoured to be introducing four new iPhone 14 models at its “Far out” product launch in September.

This means Apple will be discontinuing the "mini" version with a 5.4-inch screen, following poor sales of the iPhone 13 mini.

In terms of upgrades, the best will feature in the “Pro” models with the axing of the infamous notch at the top of the screen in favour of a hole-punch selfie camera and a pill-shaped cut-out for the FaceID scanners.

Apple is also expected to be adding an always-on mode for the Pro displays, perhaps allowing users to see iOS 16’s new lock screen widgets when the phone is idle.

A new A16 chip is said to be a Pro exclusive as well, leaving the regular models to use last year’s A15 Bionic.

As with recent years, the camera technology will see a major boost, with the Pro iPhones rumoured to be getting a mighty 48-megapixel sensor and all four models getting new autofocus front facing cameras.

Perhaps the most useful new feature will be the use of Qualcomm’s Snapdragon X65 modem – the world’s first 10 Gigabit 5G modem and antenna system for smartphones.

All will be revealed at 10:00 a.m. Pacific Time on September 7, in an expected 2-hour streaming event.