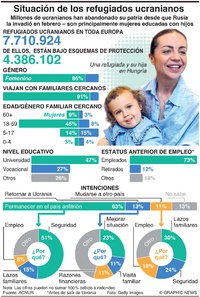 Lithuania, a member of the European Union, has faced an influx of mostly Iraqi migrants in the past few months. It accused the government of Belarus’ authoritarian President Alexander Lukashenko of encouraging the migrant flow in retaliation for the EU sanctions against his country following the diversion of a passenger plane to arrest a dissident journalist aboard.

Lithuania, a nation of less than 3 million people, has no physical barriers on its 679-kilometer (420-mile) long border with Belarus. More than 4,100 migrants, most of them from Iraq, have crossed this year from Belarus into Lithuania.

If Vilnius approves the 152 million euro ($179 million) proposal, it will add to barriers that have risen in Europe since 2015, when millions of Middle Eastern and African migrants came to the continent.