The enslavement of Africans by Europeans began in the late 15th century. Between 1441 and 1521 as many as 156,000 African slaves arrived in the Iberian Peninsula -- Portugal and Spain.

Initially, the Catholic church endorsed African slavery. In 1452, Pope Nicholas V issued a papal bull that granted King Afonso V of Portugal the right to reduce to “perpetual slavery” all “infidels and enemies of Christ.” In 1454, a second bull granted Portugal the power to conquer and enslave people along the coast of West Africa. These papal bulls signalled to the rest of Christian Europe that the enslavement of sub-Saharan Africans was acceptable. The trade continued until the 19th century, contributing substantially to the wealth and development of Europe.

Professor David Eltis of Atlanta-based Emory University writes that the first direct slave voyage from Africa to the Americas was Portuguese and probably sailed in 1526. Britain became involved in the trade in the 16th century followed by France, the Dutch, and the Danes in the 17th century.

The transatlantic slave trade was primarily a triangular route from Europe to Africa, to the Americas and back to Europe. On the first leg, merchants exported goods to Africa in return for enslaved Africans, gold, ivory and spices. The ships then travelled across the Atlantic -- the so-called “Middle Passage” -- to the Americas. After selling the slaves at auction, ships loaded with sugar, tobacco and cotton sailed back to Europe.

Britain was one of the most successful slave-trading countries. Together with Portugal, the two countries accounted for about 70% of all Africans transported to the Americas. However, much of the Portuguese trade was bilateral. Slavers left Angola, headed to Rio de Janeiro, then sailed straight back to Africa.

Our artist’s reconstruction is of the French slaver L’Aurore, which sailed from La Rochelle, France, in 1784, acquired about 600 Africans at Malembo in Angola, and sailed to Saint Domingue. Middle Passage voyages lasted from as little as three weeks to five months, depending on the weather. Slaves were kept naked and packed close together; the men chained for long periods. Slaves died from diseases such as smallpox, scurvy and measles.

Portugal abolished the slave trade in 1761, but the business continued. Although Britain prohibited the slave trade in 1807, it was the Slavery Abolition Act in 1833 that finally abolished slavery within the British Empire. In the United States, the determination of the southern states led to secession and the Civil War of 1861-65. Professor Eltis estimates that during the slave trade years, some 12.5 million enslaved Africans travelled to the New World. 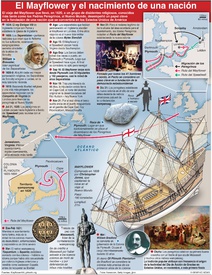 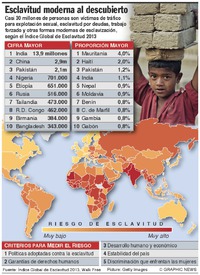