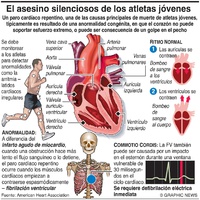 The bellwether trial, known as Multidistrict Litigation (MDL) 2804, will put those who made, marketed, distributed and dispensed prescription painkillers under the legal spotlight.

U.S. District Judge Dan Aaron Polster of Cleveland will proceed with MDL 2804 on October 21. A jury will hear claims from Ohio’s Cuyahoga and Summit counties against six pharmaceutical companies -- including the “big three” drug distributors, McKesson, AmerisourceBergen and Cardinal Health.

The opioid crisis cost the U.S. economy $631 billion between 2015 and 2018 -- and it may keep getting more expensive, according to a new study by the Society of Actuaries. The report projects that costs -- including health care, child and family assistance programmes, criminal justice activities and lost wages -- will hit $188 billion in 2019 alone.

Opioids are a class of drugs that include illegal drug heroin, synthetic opioids such as fentanyl, and pain relievers available legally by prescription.