More than 1 billion Barbie dolls have been sold since she made her debut at the American Toy Fair in New York on March 9, 1959. Eleven inches tall and with a waterfall of blond hair, Barbie has worked her way through more than 200 careers. They include doctor, pilot, astronaut, naval officer, Olympic athlete and presidential candidate.

Mattel intended the diverse range of careers to send the message to little girls that they could become anything they wished. “Barbie has always offered girls choices and endless storytelling possibilities,” according to the company.

Despite fierce competition in the toy industry, a total of 58 million Barbies are sold each year in more than 150 countries. 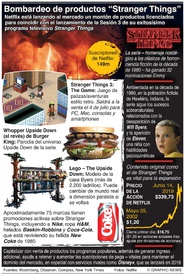