September 22, 2022 - The James Webb Space Telescope has cast its infrared eye onto the remote world of Neptune, revealing rings and bright spots believed to be clouds of methane ice. 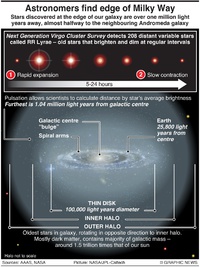