July 6, 2022 - July 31, 2022 - The UEFA Women’s Euro 2022, the quadrennial international women’s football championship of Europe, takes place in England. Host nation England are considered the favourites to win Euro 2022 ahead of Olympic silver medallists Sweden in what looks to be a wide open competition. 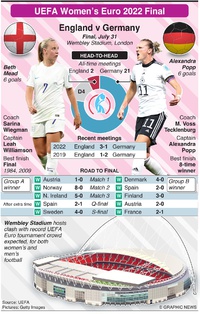 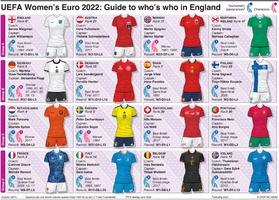 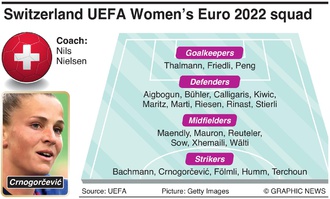 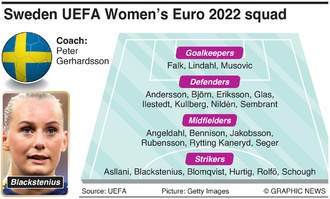 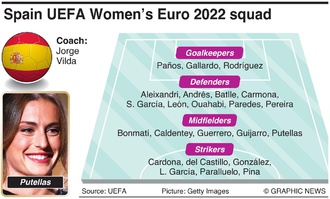 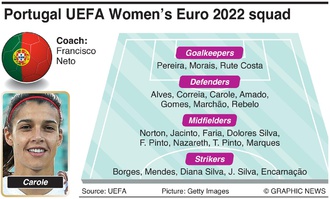 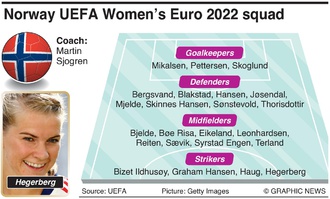 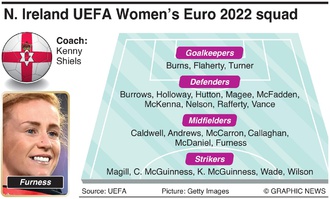 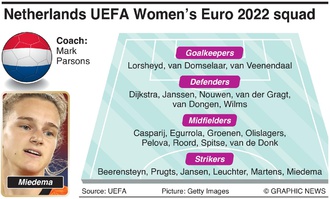 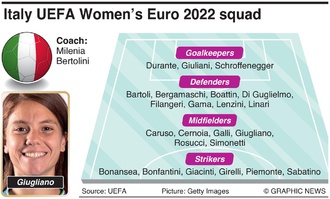 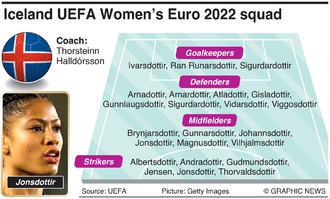 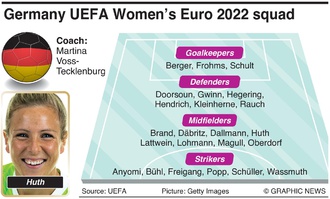 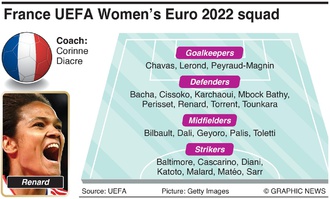 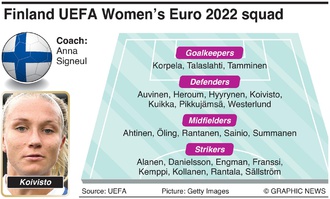 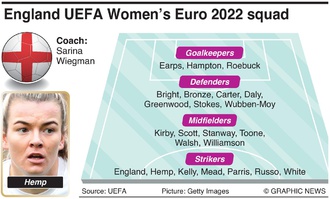 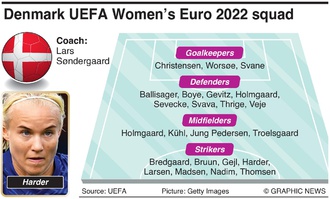 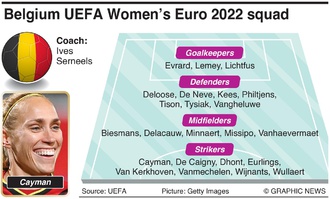 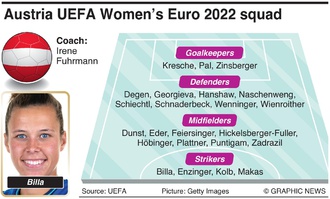 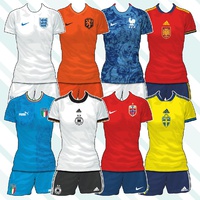 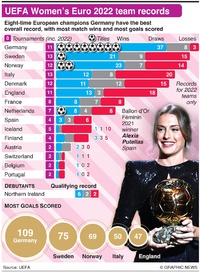 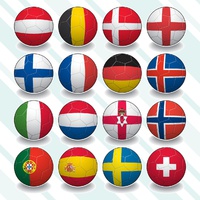 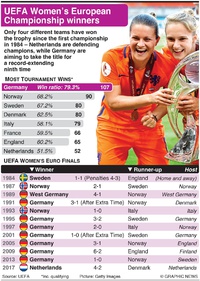 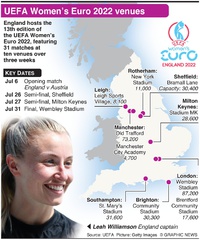 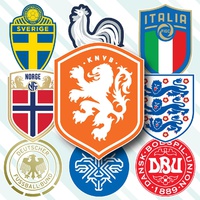 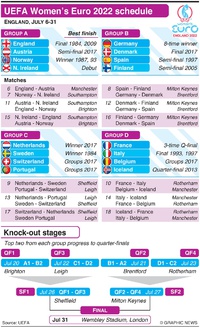 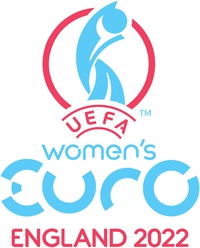 England are considered favourites to win UEFA Women’s Euro 2022, with a 21% chance -- followed by Sweden (18%) -- according to a study of all teams’ relative strengths and previous performances.

Predictions based on one million simulations by Gracenote -- who captures, curates and distributes in-depth sports data -- estimates percentage chance of each UEFA Euro 2022 match being a win, draw or loss for each of the teams.