Graphic shows match schedule for the tournament, and details of 2022 Six Nations standings. 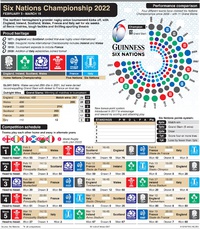 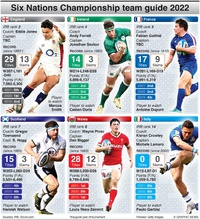