Graphic shows technique used to bring back the mammoth.

September 16, 2021 - Woolly mammoths vanished from Earth 10,000 years ago, but scientists plan to bring the great beasts back to the Arctic tundra. 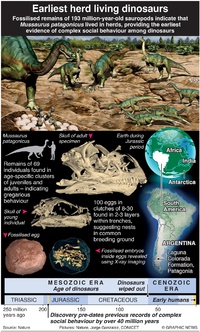 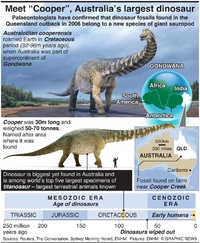 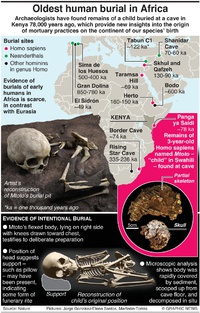 A start-up named Colossal announced that they have received $15 million in initial funding to resurrect the long-lost creatures.

Because woolly mammoths and Asian elephants share 99.6% of
their DNA, George Church, a professor of genetics at Harvard Medical School, believes he could rewrite the elephants’ DNA to produce something that looks and behaves like a mammoth using a gene-editing technology called CRISPR, which acts as a copy-and-paste tool for genetic code.

The starting point for the project involves comparing genomes from surviving fragments of woolly mammoth DNA to those of modern elephants and pinpointed the biggest differences. By tweaking certain genes to produce denser hair or a thicker layer of fat, the team hopes to create an animal with mammoth-like characteristics.

To avoid the use of elephants as surrogates, Church and his colleagues plan to implant the embryo into an artificial womb for the near two-year gestation period. If all goes to plan – and the hurdles are far from trivial – the researchers hope to have their first set of calves in six years.

There are numerous ethical quandaries around resurrecting extinct animals, especially when scientists don’t know very much about their biology and behaviour. And if Colossal does manage to produce baby mammoth-like elephants, the company will face serious ethical questions.