Graphic shows the voyage of HMS Queen Elizabeth between May 21 and September 6. 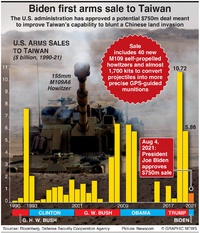 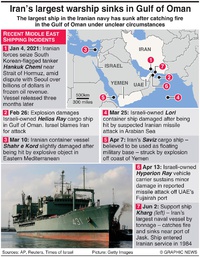 More than 30 aircraft will also embark across the task group, including eight F-35B jets from 617 Squadron, the “Dambusters,” and 10 F-35Bs with Marine Fighter Attack Squadron (VMFA) 211, known as the “Wake Island Avengers.” Royal Marines from 42 Commando have also deployed with the carrier.

Commodore Steve Moorhouse, Commander of CSG21, said, “it is the most significant deployment of its kind for a quarter of a century, it is a visible demonstration of the Royal Navy’s resurgence after decades of contraction.”

“As our nation redefines its place in the world post-Brexit, it is the natural embodiment of the Government’s ‘Global Britain’ agenda. And against a backdrop of growing instability and competition, it reflects the United Kingdom’s continued commitment to global security.”

In total, units from the group will visit more than 40 countries and undertake over 70 engagements, visits, air exercises and operations.