September 26, 2021 - On September 26, Germany will not only elect a new Bundestag but also a new chancellor, marking the end of Angela Merkel’s 16 years in office. More than 60 million people will each cast two votes in a system that combines both direct and proportional representation -- a direct vote for a constituency candidate and a second party vote to determine the distribution of seats. 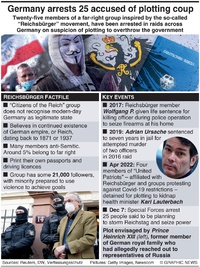