August 29, 2021 - The U.S. military has completed its withdrawal from Afghanistan, leaving behind at least 100,000 at-risk Afghans who worked with Western troops during the country’s 20-year war. 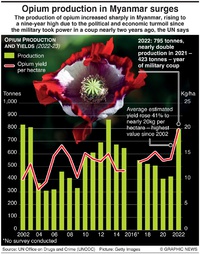 The global rescue mission by the United States and its allies has evacuated more than 182,000 people -- including western citizens and at-risk Afghans -- since the Taliban claimed Kabul.

Since the end of July, the U.S. has relocated more than 123,000 civilians, including 5,400 American citizens, U.S. Central Command leader Gen. Kenneth McKenzie told reporters during a Pentagon briefing Monday.