News Sport
Responsive interactive graphic shows team records and squads which will update automatically as and when changes are made.

September 14, 2021 - May 28, 2022 - Europe’s premier club competition opens with the group stage on September 14, featuring 32 teams bidding to be crowned European Champions including 2020-21 winners Chelsea. The knockout stage begins on February 16, 2022 with the Round of 16, and culminates in the Final at Krestovsky Stadium, Saint Petersburg on May 28, 2022. 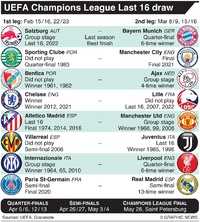 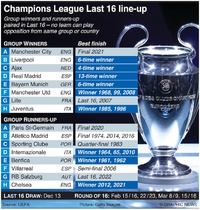 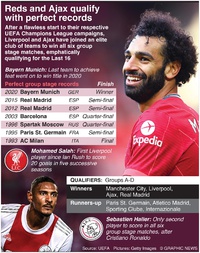 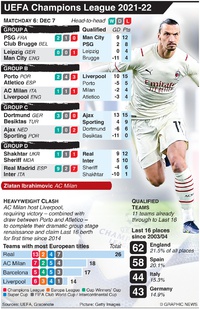 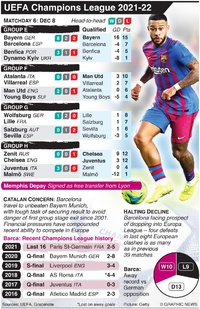 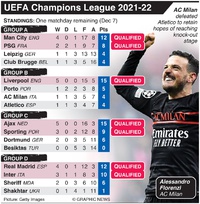 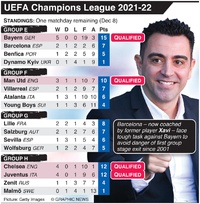 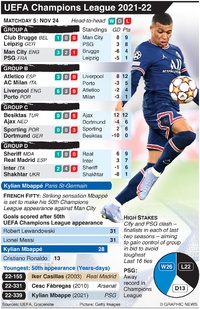 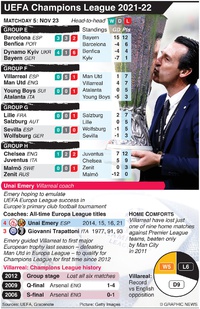 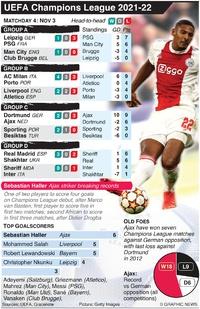 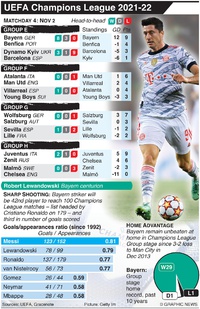 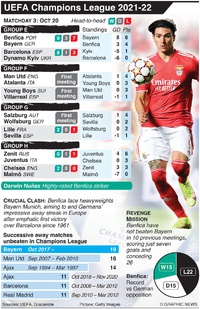 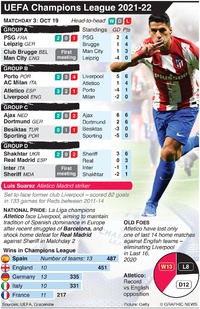 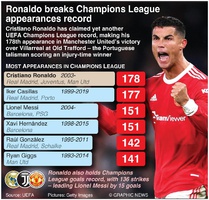 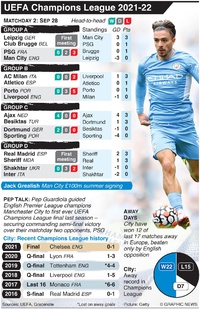 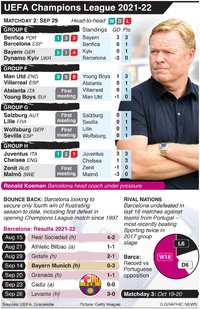 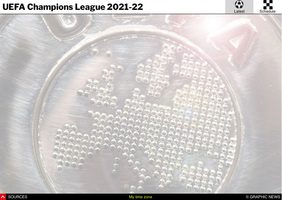 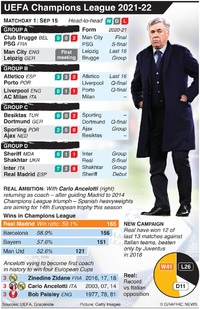 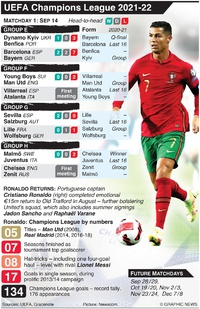 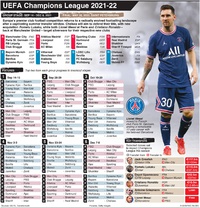 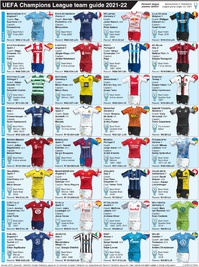 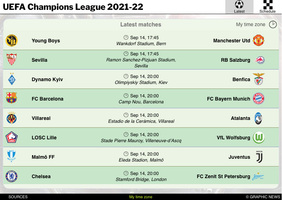 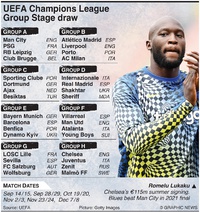 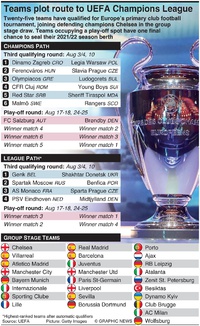 EDITORS: This graphic can be configured to show a particular team by adding the TeamID to the embed code. TeamIDs are provided in the downloadable text file labelled "TXT: Event ID list'. In the embed code, just change “match=” to “team=0”, replacing ‘0’ with the relevant team number. For further instructions go to https://www.graphicnews.com/base/info.php?q=326&s=GN

EDITORS: Publishers licensed to use this graphic may make a downloadable “web app” available to their readers. All the reader has to do on their smartphone is bookmark the page the graphic is published on, and direct the bookmark to their home screen. The app is also a convenient link back to the publisher’s website and corresponding coverage. For further instructions go to: https://www.graphicnews.com/base/info.php?q=425&s=GN