Graphic shows draw for Copa Libertadores semi-finals 2021, with details of route to semi-final and comparison of tournament performances. 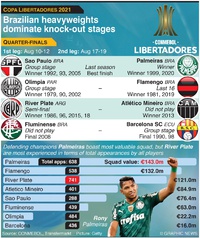 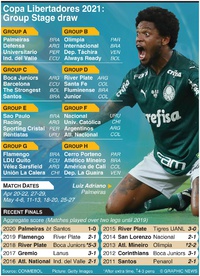 Teams from Argentina and Brazil are traditionally dominant in the tournament, sharing 45 of 61 titles between them since 1960.