September 1, 2021 - September 30, 2021 - Each month Graphic News publishes a World Agenda of forthcoming events that will shape the world in the month ahead. Events in September include the federal elections in Germany, a snap general election in Canada, the 20th anniversary of 9/11, and the wrapping of the Arc de Triomphe by the late artist Christo. 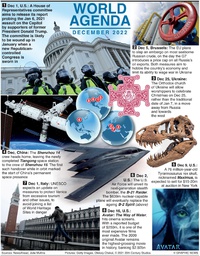 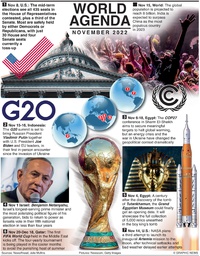 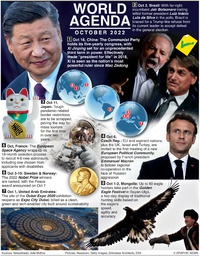 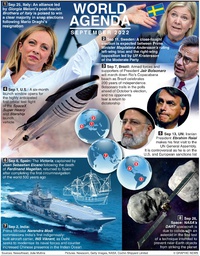 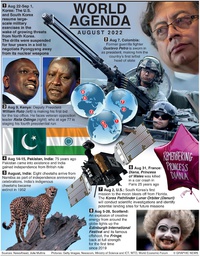 Events in September include...

September, China: Tests begin of a commercial nuclear reactor that does not need water for cooling. The molten salt reactor could complement wind and solar plants in China’s deserts and plains, reducing reliance on coal-fired power stations.

Sep 6, U.S.: Netflix premieres a five-episode docuseries on Inspiration4, the world’s first all-civilian orbital space mission. The show will include the live launch aboard a SpaceX Falcon 9 rocket on Sep 15.

Sep 11, U.S.: Al Qaeda militants turned jets into weapons of mass destruction 20 years ago on a day since known simply as 9/11. Quiet commemorations will mark the anniversary.

Sep 18, France: The Arc de Triomphe in Paris will be wrapped in lustrous blue fabric in a posthumous installation by the late Christo – the realisation of a 60-year-old dream for the artist and his late wife, Jeanne-Claude.

Sep 26, Germany: Whichever party wins the federal election, the vote marks the end of an era as Chancellor Angela Merkel steps down after 16 years in power.