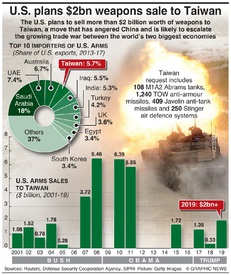 U.S. to sell $2bn in weapons to Taiwan, testing China 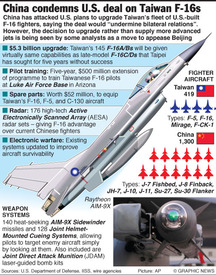 Taiwan’s defense ministry expressed “sincere gratitude” to the U.S. government in a statement on Thursday, saying the sales would help its ground forces increase their “capacity for speedy reaction and fire support”.

Like most nations, the U.S. has no formal diplomatic ties with Taiwan but is required by law to provide the Chinese-claimed island with the means to defend itself and is its most important international backer, to Beijing's anger.