May 18, 2021 - More than 200 people were killed in Israel and the occupied territories in the first week of the latest hostilities, the vast majority of them Palestinians killed by Israeli airstrikes in the Gaza Strip.

Netanyahu vows to annex a third of the West Bank 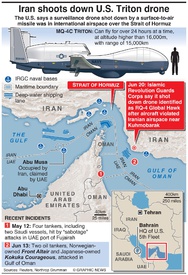 Two tankers struck in suspected attacks in Gulf of Oman

Al Qaeda and IS seek control of the Sahel