Graphic shows timeline of attacks by Islamist militants in Niger.

March 23, 2021 - Co-ordinated attacks have killed hundreds of civilians in southwest
Niger amid increasing violence between rival ethnic groups and
jihadist militants spilling over from Mali and Nigeria. 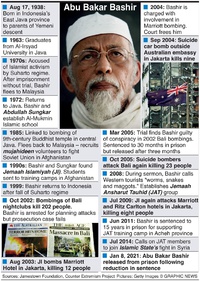 Attackers on motorbikes raided several villages in southwestern Niger, killing at least 137 people, in the latest systematic massacre of civilians.

The region has seen increasingly deadly attacks by militants with links to Islamic State and Al Qaeda. The violence is part of a wider security crisis in West Africa's Sahel, where around 5,000 French troops have been sent to stabilise the region.