March 1, 2021 - The Gulf Stream is at its weakest in more than 1,000 years, with new data suggesting that global warming is slowing the pace of the powerful ocean current that controls much of the Atlantic. 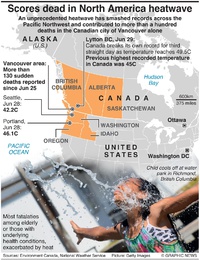 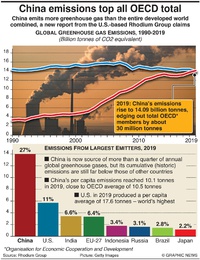 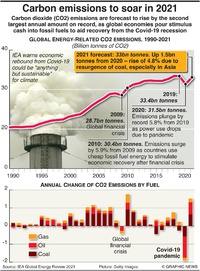 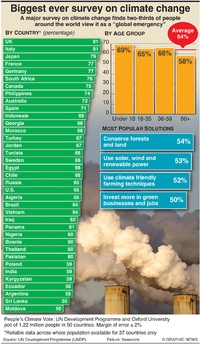 Scientists of the Potsdam Institute for Climate Impact Research, who published a study in Nature Geoscience, say that the current has already slowed by 15 per cent in the last century, and that this is starting to affect weather patterns, such as more frequent heatwaves in southern Europe.

They predict that the current will weaken further if global heating continues, and could reduce by about 34% to 45% by the end of this century.

A separate study published in Proceedings of the National Academy of Sciences found that if the pace of global warming accelerates, this could cause the Gulf Stream to shut down entirely.

The Gulf Stream is one of the strongest ocean currents in the world, carrying more than 100 times the flow of the Amazon River.

It is driven by surface wind patterns and differences in water density. Surface water in the north Atlantic is cooled by winds from the Arctic. It becomes more salty and more dense and sinks to the ocean floor. The cold water then moves towards the equator where it will warm slowly.

To replace the cold equator-bound water, the Gulf Stream moves warm water from the Gulf of Mexico north into the Atlantic.