Graphic shows players who have qualified for the season-ending tournament, with details of all-time head-to-head records.

World No.1 Novak Djokovic heads into the season-ending ATP Finals aiming to secure a sixth title to equal the record of rival Roger Federer.

As the coronavirus pandemic severely disrupted the 2020 calendar, the ATP Rankings as of November 9 have been used to decide the competing players in this edition.

The format of the ATP World Tour Finals sees the players divided into two groups of four who each play three round-robin matches against the others in their group. The two players with the best records in each group progress to the semifinals, with the winners meeting in the final to determine the champion.

After over a decade of domination by Roger Federer and Novak Djokovic, the last four champions have all been first-time winners, most recently 2019 champion Stefanos Tsitsipas.

Strangely, Rafael Nadal, who shares the record of 20 Grand Slam titles with Federer, has never won the ATP Finals. 2020 will mark his 10th attempt to win the season-ending tournament. 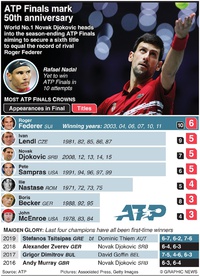 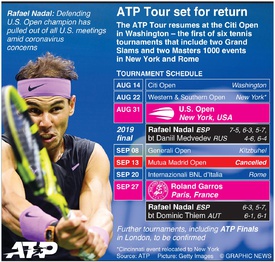 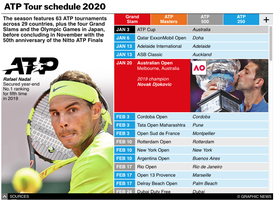 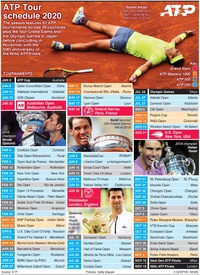