Graphic shows head-to-head record and route to final, with details of competition statistics in the Champions Cup 2019-20.

October 17, 2020 - The final of European rugby’s premier club competition takes place at Ashton Gate, in Bristol, England. A new champion will be crowned as the Exeter Chiefs -- in the showpiece for the first time -- take on two-time finalists Racing 92 in the climax of the Heineken Champions Cup

The Heineken Champions Cup is the top-tier competition for clubs whose countries’ national teams compete in the northern hemisphere’s Six Nations Championship. 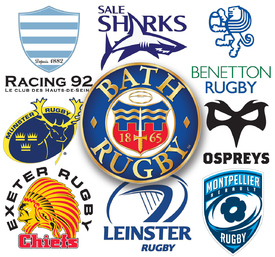 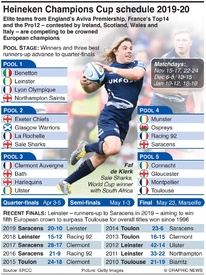