The project was plagued by cost overruns during construction and by costly fixes for problems such as cracks in the tile floors and an inadequate fire safety system. Cleaning, heating and lighting the unfinished airport is reported to have cost taxpayers €20 million per month – more than the still-operational Tegel Airport nearby.

The delays, attributed to poor planning, bad management and corruption, have damaged Germany’s reputation for efficiency.

The German capital’s new €6 billion gateway replaces Berlin’s two Cold War-era airports – Tegel (TXL), due to close on Nov 8, and Schoenefeld (SFX), which has been integrated into the new build.

Also known as Willy Brandt airport, after the former West German chancellor, BER aims to welcome 36m passengers – Tegel and Schoenefeld’s combined traffic in 2019 – but not until 2024, due to the ongoing pandemic.

Easyjet and Lufthansa will make simultaneous first landings at the new airport, when it finally becomes operational on October 31. 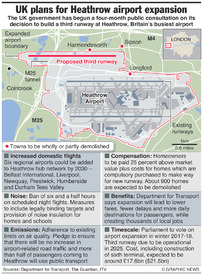