Watford, who were relegated from the English Premier League on the final day of last season by a single point, kick off the campaign at home with a tough clash against Middlesbrough.

Brentford, who narrowly missed out on a potentially lucrative play-off berth at Wembley in July, kick off their season away to Birmingham City, while former Premier League rivals Bournemouth and Norwich City begin their quests for redemption against Blackburn Rovers and Huddersfield Town respectively.

Elsewhere, two of the promoted teams face off against each other as Wycombe Wanderers -- playing in the second tier for the first time in their history -- face Rotherham United. The last of the promoted teams, Coventry City, take on Bristol City. Coventry returned to the English Championship for the first time since 2012 after being declared champions of a curtailed League One season due to the coronavirus pandemic.

The top two teams at the end of the season in May will gain automatic promotion to the Premier League, while teams from third to sixth play off against each other for one final berth. 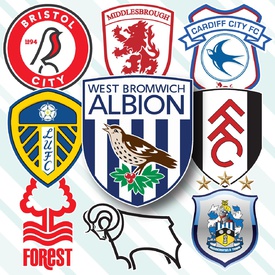