Graphic shows the workings of a Delivery Bar Code Sorter.

August 24, 2020 - The removal of more than 600 high-speed letter-sorting machines at the U.S. Postal Service raises questions about whether the USPS will be able to handle a massive increase in mail-in ballots in November’s election.

Postmaster General Louis DeJoy told Congress on Monday (August 24) that the Postal Service could be trusted to carry out the most extensive vote-by-mail programme in U.S. history. Under questioning by the House Oversight Committee, Democrats repeatedly asked DeJoy if he would return decommissioned mail-sorting machines: “I will not,” DeJoy responded.

DeJoy ordered USPS plants to remove 671 Delivery Bar Code Sorters that can efficiently process up to 38,500 letters per hour by the end of September. As many as 257 of the decommissioned machines are in critical swing states.

About a quarter of ballots cast in the 2018 general elections -- a total 31,058,968 votes -- were by mail, according to the Election Assistance Commission. The coronavirus pandemic will likely boost the number of mail-in ballots in November.

Civil rights groups and Democrats have asserted that DeJoy -- who donated $1.2 million to the Trump campaign -- decommissioned the sorting machines as part of a concerted attempt to disenfranchise voters.

The House of Representatives approved a bipartisan bill on Saturday that would grant the USPS $25 billion to ensure the agency will be able to handle a massive increase in mail ballots in November. There are no plans for a Senate vote, and the White House has threatened to veto the bill.

President Donald Trump has repeatedly attacked mail-in voting as “fraudulent” and “corrupt,” even going so far to suggest it might be a reason to postpone the November 3 election. 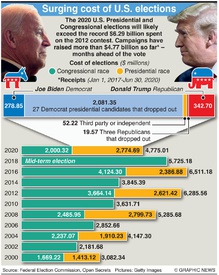 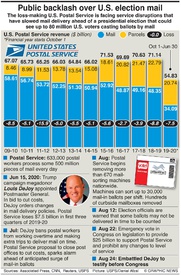 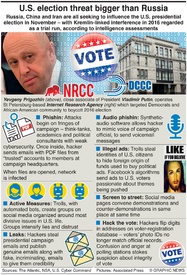 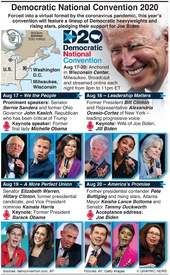 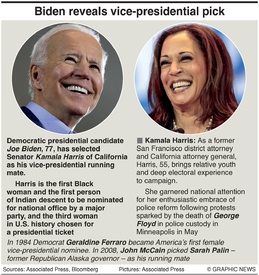