Graphic shows timeline of recent events and areas where the North Korean army is due to be redeployed.

June 18, 2020 - A mounting spat sparked by defectors in South Korea sending anti-regime propaganda balloons across the North Korean border is raising the risk of a military confrontation. 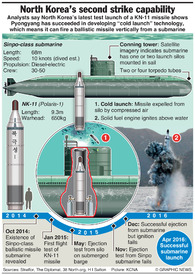