January 16, 2021 - As Angela Merkel prepares to step down after 16 years in office, her Christian Democratic Union party chooses its new leader – and possibly Germany’s new Chancellor – ahead of September’s federal election.

Delegates from Germany's strongest party can choose Saturday between three main candidates who differ markedly, at least in style. Friedrich Merz, 65, would mark a break from the Merkel era.

Merz has sought to portray his decade out of politics as a strength but lacks government experience. Armin Laschet, the governor of Germany's most populous state, North Rhine-Westphalia, offers that.

Laschet, 59, is a more liberal figure, elected as governor in 2017 in a traditionally center-left stronghold, and viewed as likely to continue Merkel's centrist approach.

Merkel subsequently fired him as Germany's environment minister. Roettgen, 55, says he has learned from that experience. He has proclaims himself a candidate for the modern centre who emphasizes issues such as fighting climate change.

Roettgen, now chairman of parliament's foreign affairs committee, was long considered the outsider but surveys have showed him gaining ground among CDU supporters. He suggested last week he would be a palatable alternative to backers of both Merz and Laschet.

A survey by pollster Forsa for news network RND published on Friday showed 29% of voters would back Röttgen for the CDU leadership, 21% Merz and 19% Laschet. 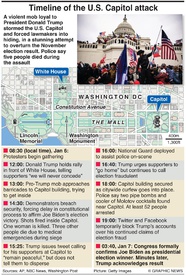