February 4, 2020 - Swarms of voracious locusts are rampaging through large parts of East Africa, the Middle East and southwestern Asia, devastating cropland and threatening the livelihoods of millions of people. 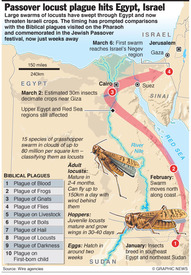