Each team plays every other team over five rounds, a total of 15 matches, with home advantage alternating between seasons.

The tournament began in 1883 as the Home International Championship, featuring the four “home” nations of England, Scotland, Wales and Ireland. France joined in 1910 and Italy in 2000 to give the current tournament format.

England and Wales top the record tables, sharing 55 titles between them. Captained by stalwart Alun Wyn Jones, Wales secured their fourth Grand Slam in the Six Nations era in 2019.

Apart from the Six Nations Championship trophy itself, other prizes contested under the tournament umbrella include the Triple Crown -- awarded to the home nation that beats all other three -- and rivalry trophies such as the Calcutta Cup between England and Scotland, the Millennium Trophy contested by England and Ireland, the Auld Alliance Trophy between Scotland and France, the Irish-Scottish Centenary Quaich, the Garibaldi Trophy between France and Italy, and the Doddie Weir Cup between Scotland and Wales. 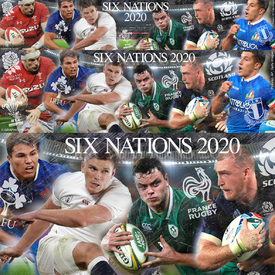 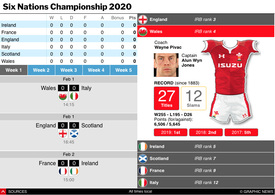 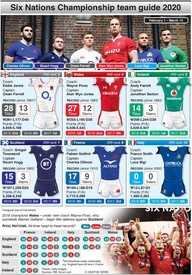 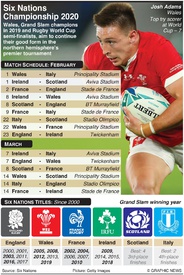