Graphic shows countries with most Copa Libertadores titles, with details of recent winners.

The final on November 21 will be hosted at Brazil’s iconic Estadio do Maracana in Rio de Janeiro, the fourth time the stadium has hosted the showpiece event. 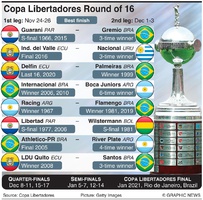 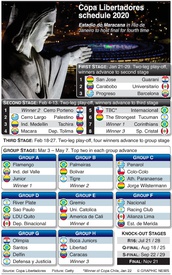