Graphic charts Apple’s share price over the past year, and since its initial public offering in 1980.

January 3, 2020 - Apple shares have hit an all-time high by reaching a closing price of $300 following the New Year's holiday.

The rise coincides with Apple’s new agreement with former HBO chief executive Richard Plepler to produce content for its Apple TV+ streaming service, and growing optimism for even greater iPhone sales later this year when its rumoured 5G handsets arrive.

Apple is the most valuable publicly traded company in the U.S. with a market capitalisation of $1.33 trillion. 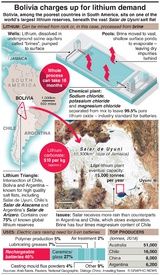