Graphic shows most expensive cities to rent an apartment in 2019 and changes since 2014.

Most expensive cities to rent a flat

About one in five of Hong Kong’s residents live below the poverty line, and limited housing supply has forced some of the city’s poorest to live in squalid conditions. Rooftop shanties -- so-called cage homes -- and tiny partitioned flats are the homes of thousands. Some are even sleeping in McDonald’s restaurants.

In the world’s least affordable residential market the average price for a home is a staggering 20.9 times the annual household income. Under the city’s Home Ownership Scheme (HOS), the government sells apartments to low-income residents at prices 20-40 per cent below the market level; however, the chance of being successful in the HOS is a mere 1.63 per cent.

In December, Hong Kong-based Wheelock Properties Ltd. announced plans to donate several plots of land to charity for social housing. In September New World Development Co. became the first to announce a donation of almost 20 per cent of its land bank to charity. Henderson Land Development Co. followed suit less than two months later, saying it would give land for the construction of so-called transitional housing. 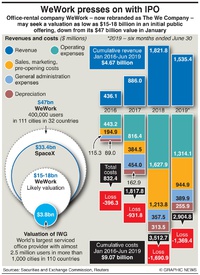