The 14th Men’s European Handball Championship takes place, with 65 matches at six venues over three weeks. Stockholm, Malmo and Gothenburg play host in Sweden, as well as the Austrian cities of Vienna and Graz, with Trondheim in Norway completing the line-up.

In a tournament now expanded to 24 teams, Spain aim to defend the title they secured with victory over four-time Sweden in 2018 -- but face tough opposition from world and Olympic champions Denmark and perennial favourites France, winners in 2006, 2010 and 2014.

The Tele 2 Arena in Stockhom, Sweden, will host the final on January 26. 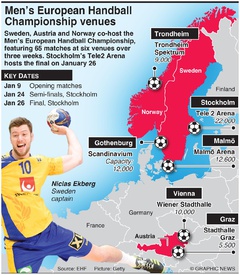 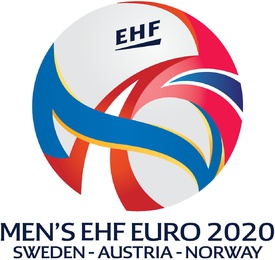