November 28, 2019 - Europa League Matchday 5. The new Europa League season continues with teams aiming to seal one of the remaining 27 places in the Last 32. Key fixtures include Sporting Clube hosting PSV Eindhoven, Roma travelling to Istanbul Basaksehir, and Sporting Braga taking on Wolverhampton Wanderers. The final will be played at the Energa Gdansk in Poland on May 27, 2020.

Five teams, Sevilla, Basel, Celtic, Espanyol and Manchester United, have already secured a place in the knock-out stages, that start in February. 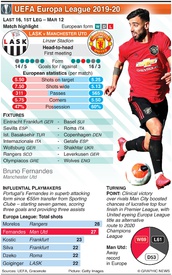 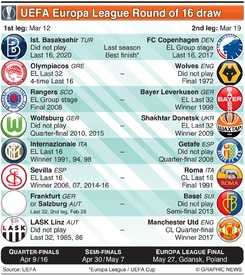 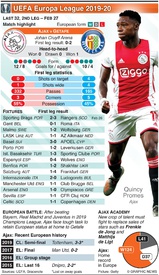 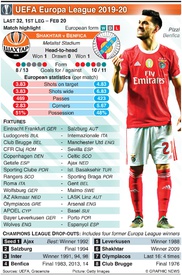 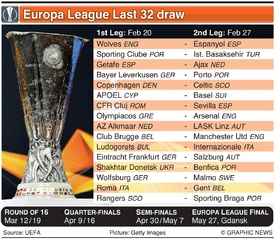 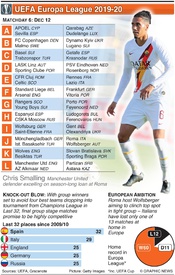 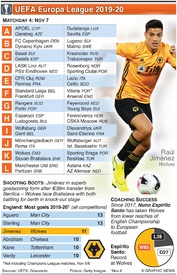 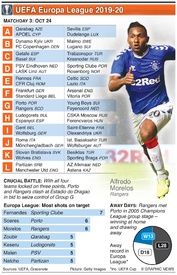 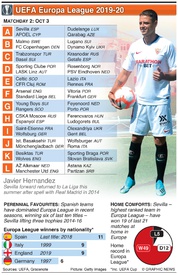 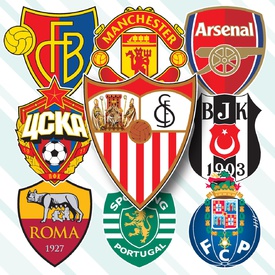 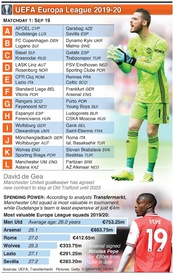