Graphic shows comparison of April election result with voting intentions taken from the poll of polls published in El País newspaper on Oct 29.

November 10, 2019 - Recent polls suggest Spain’s second election this year is unlikely to give the ruling Socialists the boost in seats they are hoping for and will do little to resolve the political stalemate.

The poll of polls published in El Pais newspaper on Oct 29 put the Socialists of acting Prime Minister Pedro Sánchez on 27%, down from 28.7% at the April election, while its main rival, the People’s Party, would get 21.6% of the votes, up from the 17.1% they received last time round.

Most of the polls included by El Pais were carried out after protests erupted in Catalonia following the Oct. 14 sentencing of nine independence leaders to up to 13 years in prison.

Since the outbreak of protests, polls indicate declining support for Socialists and a boost for PP and Vox – the right-wing parties that want stronger stance against separatism. 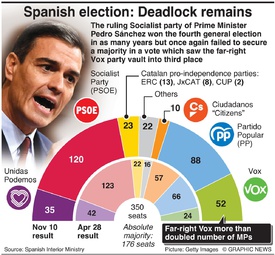 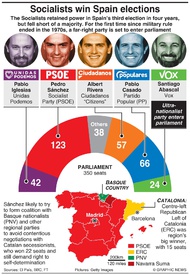 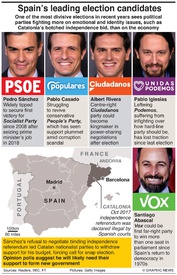 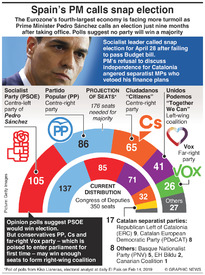 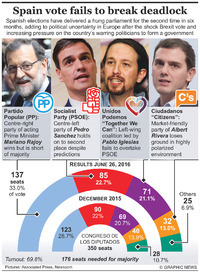