Graphic shows polling data from RealClearPolitics and CBS showing who’s ahead in the race for the Democratic presidential nomination.

October 14, 2019 - Elizabeth Warren, the senator from Massachusetts, is now neck and neck with Joe Biden in the average of national polls compiled by RealClearPolitics, and is leading the field in the crucial early voting states of Iowa and New Hampshire.

Democratic voters in the early states of Iowa and New Hampshire have put Massachusetts senator Elizabeth Warren ahead of Joe Biden in the race to be the Democratic presidential nominee by eight points and 13 points respectively.

Overall nationally, Warren has steeply climbed since mid-September and is now only one percent behind Biden.

According to a CBS poll, Democratic voters perceive Warren as generally better able than Biden to handle the inevitable political, and increasingly personal, attacks from Mr. Trump in the upcoming 2020 presidential campaign.

November 3 will mark one year from the U.S. 2020 presidential election. 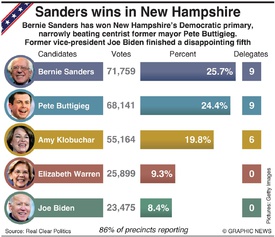 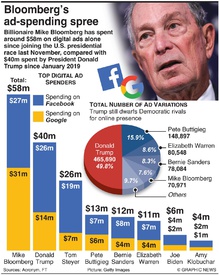 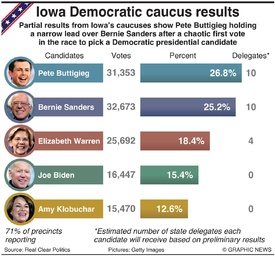