Graphic shows how Bolivia plans to mine lithium from the Salar de Uyuni salt flat, with data on major producers and lithium uses.

September 24, 2019 - Bolivia, among the poorest countries in South America, sits on one of the world’s largest lithium reserves, beneath the vast Salar de Uyuni salt flat.

Beneath Salar de Uyuni, the world’s largest salt flat, lies one of the world’s greatest lithium deposits – around 17 percent of the global total.

Bolivia, one of South America’s poorest countries, envisions a road to prosperity by harvesting this resource on an industrial scale from underground salt water brines.

To do this, wells must be drilled and the lithium-bearing brine pumped up to the surface to evaporate in vast knee-deep ponds. Next sodium chloride, potassium chloride, and magnesium chloride must be separated from the mix to leave 99.5% pure lithium oxide – the industry standard for battery-grade lithium.

Bolivia’s lithium deposits contain four times as much magnesium as neighbouring Chile, requiring greater work to separate it with truckloads of lime – resulting in heaps of magnesium waste and raising questions about environmental pollution.

Enticed by lithium prices more than doubling in recent years, as demand for electric vehicles and smart devices (powered by lithium-ion batteries) escalates, Bolivia sees an opportunity to get in on the action.

However, this year has seen prices tumble to around $10 per kilogram as countries such as Chile and China ramp up mining production.

Still, as the age of the electric car begins, future demand could swell to absorb increasing lithium output – a Tesla Model S electric car, for example, uses more lithium in its batteries than 10,000 smartphones. 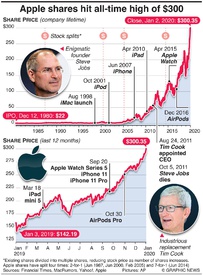