Graphic shows what the Lewis Chessmen are and where they were found. 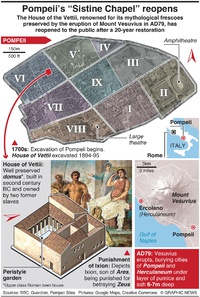