June 9, 2019 - The final of the 2019 UEFA Nations League between Portugal and Netherlands hosted by the Estadio do Dragao in Porto, with eventual winners receiving £6.7m (€7.5m) in prize money. 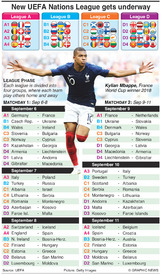