Graphic shows recent U.S. Masters winners, players with most titles at Augusta, and details of major champions in 2018.

The inaugural Augusta National Invitation Tournament in 1934 was won by U.S. golfer Horton Smith, who claimed $1,500 in prize money. Home favourites have triumphed in 59 out of 81 tournaments since, including Patrick Reed who took home $1.98 million after winning his first major title at the 2018 Masters.

Reed was joined as a maiden major champion by Italy’s Francesco Molinari, who will defend his British Open title in July, and American Brooks Koepka, the reigning U.S. Open and U.S. PGA champion.

The U.S. PGA Championship moves from its traditional August slot to May from 2019. 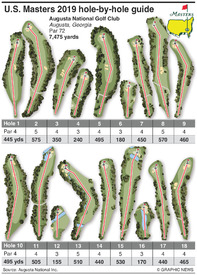 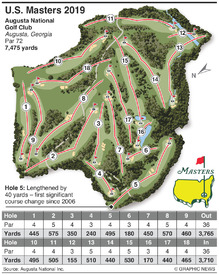