October 22, 2018 - Thousands of Central American migrants who managed to cross from Guatemala into Mexico have vowed to continue marching northwards with hopes of making it to the United States. 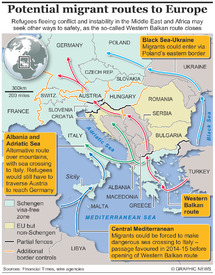