Graphic gives a glimpse of what life is like for political refugee Julian Assange, inside the compact Kensington embassy where he lives and works in a single modest room.

April 11, 2019 - Julian Assange, founder of whistleblowing website WikiLeaks, has been living inside the tiny Ecuadorian embassy in London since June 2012, unable to exit for fear of extradition to the U.S. to face charges of espionage and other serious crimes. 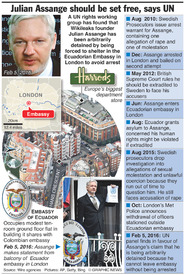 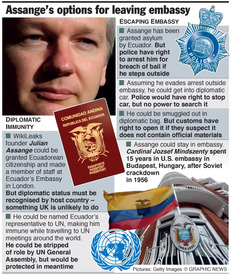 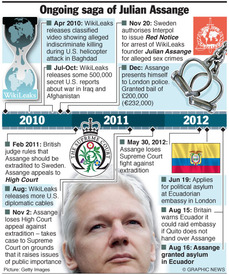 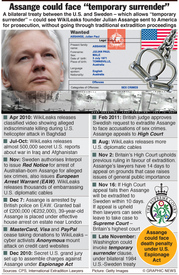 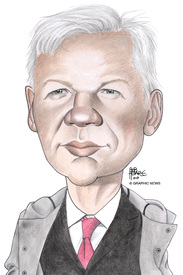 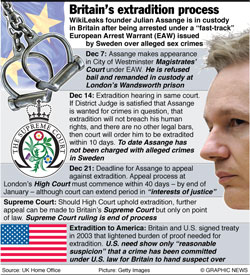 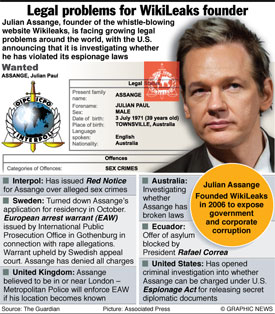 Aug 16, 2012: Ecuador’s Foreign Minister announces that Assange is being granted political asylum because of the threat represented by the secret U.S. investigation against him and several calls for his assassination.

In its formal statement, Ecuador reasons that “as a consequence of Assange’s determined defense to freedom of expression and freedom of press… in any given moment, a situation may come where his life, safety or personal integrity will be in danger”.

Aug 18, 2012: Latin American states express support for Ecuador, with President Rafael Correa confirming that Assange can stay at the embassy indefinitely. The following day Assange gives his first speech from the corner balcony – supporters forfeiting £293,500 in bail and sureties.

His home since then has been a medium-sized room converted into a studio apartment, equipped with a bed, telephone, sun lamp, computer, shower, treadmill, and kitchenette.